Dr Sandra Tippenhauer is a researcher in the PEANUTS project, based at the Alfred Wegener Institute in Germany. Part of her work involves going on scientific cruises to the Arctic Ocean to collect data and samples.

The photographs below were taken by Sandra during the Tryoshnikov Cruise in summer 2018 to the Arctic Ocean.

This iceberg was drifting exactly there, where we wanted to measure. 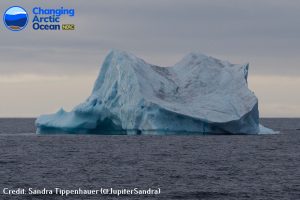 The first snow on the work deck. 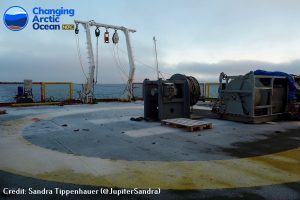 Floatation for moorings in different shapes and colors. 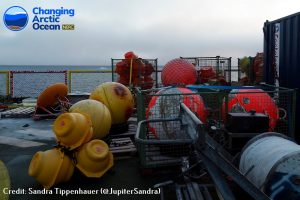 The CTD is on deck and seawater is collected in small glass bottles. Here, the water first passes through a filter. 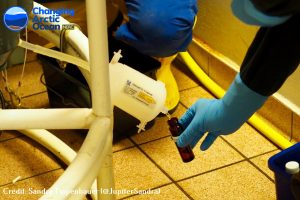 The CTD is deployed into the water. In the upper part you can see the 24 open water bottles. The lower part is housing all the different sensors. 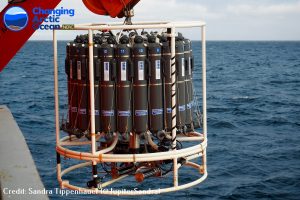 The CTD disappears in the water before it is lowered to the bottom of the sea. 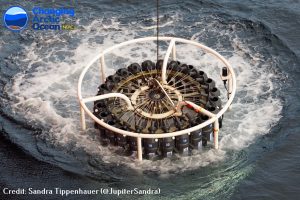 Various instruments in the hangar are waiting to be packed in boxes. 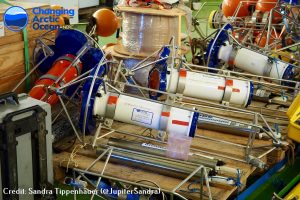 Floatation covered with algae after a few years in the water. 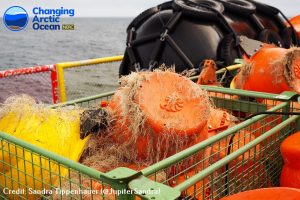 View from our cabin. The cable for the hydrophone currently used to talk to a mooring is hanging just in front of our cabin window. We could even hear it beeping. 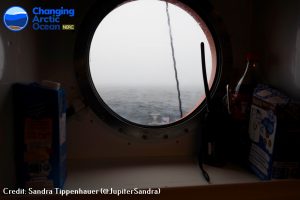 The hydrophone front of our cabin window is pulled out of the water. 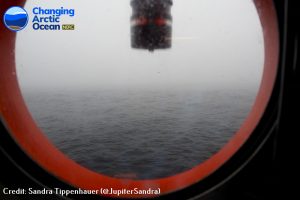 The mooring is floating at the surface after being released using the hydrophone. A new mooring is deployed for the duration of our cruise. Instruments are fixed to a rope and.. 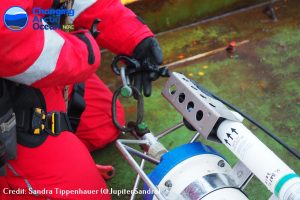 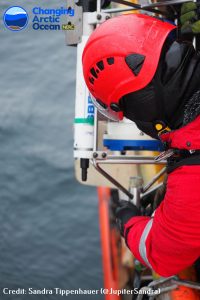 …lowered into the water. 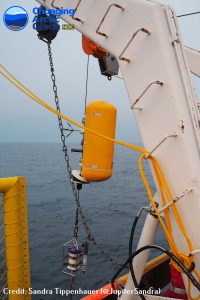 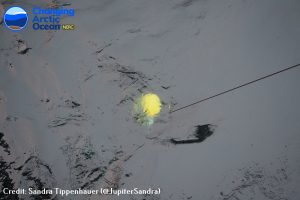 Some nice moments during the mostly foggy expedition. 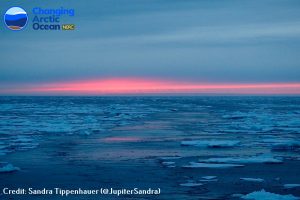 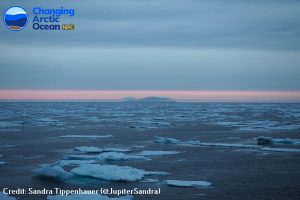 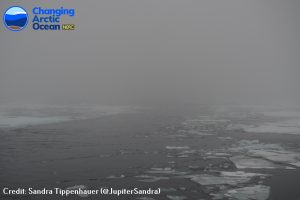 Setting up instruments for measuring snow and ice thickness on the ice. 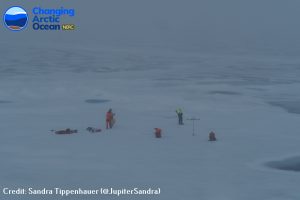 Due to the icy fog everything was covered with ice of up to 3cm thickness. 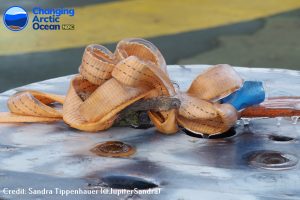 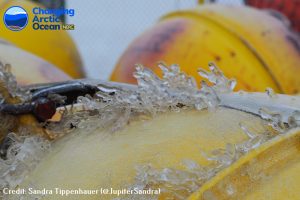 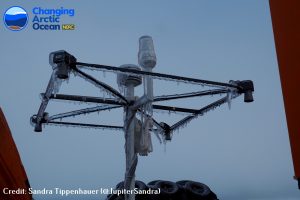 The first of two bigger ice stations where we deployed several biophysical instruments on and under the ice. Of course in the fog. 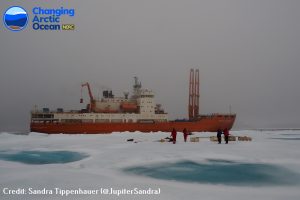 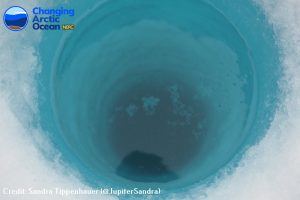 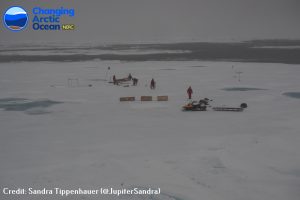 Some sunshine on another foggy day. The stick is used to estimate the thickness of ice floes when they have been broken and are turning. 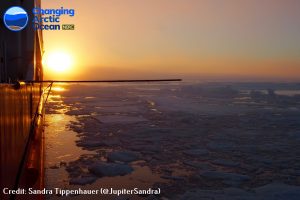