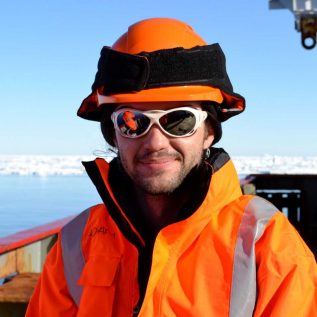 Adam did his PhD at the University of Southampton and British Antarctic Survey examining physiological and reproductive differences in mollusc populations over space and time. During this period, he developed an expertise in the histological examination of reproductive tissues, which he has used for taxa in deep-sea, chemosynthetic, and polar environments. He has worked on the Antarctic time-series fauna for several years and has ongoing research interests in this region.

Adam will be using benthic taxa collected during the project to examine on the roles of the wider ecosystem on reproductive ecology at the seafloor. He will also use long-term mesocosm experiments to investigate reproductive resilience from gametogenesis to fertilisation success in Arctic benthic taxa in both current and future global scenarios.

He is excited to be returning to Polar science after a brief period as a tropical reef biologist, and comparing the reproductive ecology between the Arctic and Antarctic benthos.