In 2018, three month-long cruises will visit different parts of the Arctic to collect samples. The investigators will once again be on-board the RRS James Clark Ross.

The first cruise in May 2018 (JR17005), led by Prof David Pond (DIAPOD), will cross the Fram Strait region, from the west coast of Svalbard to the east coast of Greenland (Fig. 1). The cruise will also collect samples for the ARISE project.

Other information about cruise JR17005:

Figure 1: The two main sampling areas to be visited by the DIAPOD cruise in May 2018.

The second cruise (JR17006) will be led by Prof Finlo Cottier (Arctic PRIZE). The sampling locations during the cruise were dictated by the location of the ice edge during June 2018. The final cruise track is shown in the figure below. 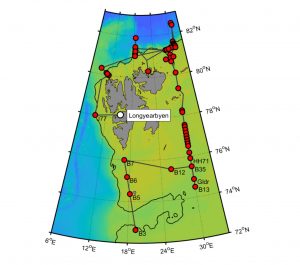 Figure 3: Overview of the cruise track and all station locations, commencing in Longyearbyen and ending in Tromsø, Northern Norway.

Other information about cruise JR17006:

The final cruise of 2018 (JR17007) takes place in July. This will be led by Prof Martin Solan, ChAOS project. The cruise will revisit the areas in the Barents Sea that they covered during the CAO 2017 cruise (Fig. 2).

Other information about cruise JR17007:

Figure 2: Planned sampling areas for the ChAOS cruise in July 2018.

View the 5 minute video clip of the ChAOS cruise, made by Johan Faust.