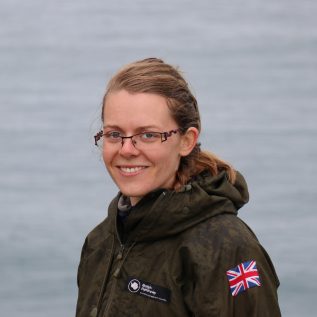 I am a postdoctoral researcher based at the British Antarctic Survey in Cambridge, where I study seabird ecology.

I did my PhD at the University of Cambridge (UK), in collaboration with the Centre d’Ecologie Fonctionnelle et Evolutive in Montpellier (France) on intraspecific variations in environmental and geographical space use in birds. After a postdoc on seabird behaviour during migration, I joined the LOMVIA project in April 2019.

During my PhD and my first post-doc, I specialised in the analysis of individual movement data, and how such data can inform us on many aspects of animal behaviour and ecological processes. With the LOMVIA project, we are tracking two species of guillemots at different sites around Iceland during their breeding season. My role in the project is now to use the skills I developed previously in the analysis of tracking data to understand the foraging behaviour of the two species and the role of the potential competition between them.

LOMVIA is co-funded by the German Federal Ministry of Education and Research and by NERC.