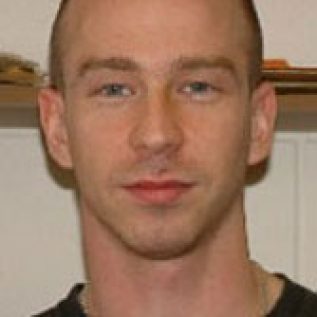 Dr Darren Clark is a Microbial Ecologist at Plymouth Marine Laboratory (PML) with interests in pelagic biogeochemistry and phytoplankton physiology. Darren is especially interested in pelagic nutrient cycling and the role that marine microbes play in the various associated processes. This has involved both ship and laboratory based research. Ship-based activity has included campaigns to various areas of the global ocean including the temperate shelf seas surrounding the UK, the open oceans of the oligotrophic Atlantic gyres, the highly productive western boundary upwelling regions and the polar seas of the Arctic and Antarctic.

Darren has been involved with UK-SOLAS, AMT, the ocean acidification programmes MedSeA and UKOA, and the Shelf-Seas Biogeochemistry programme. Darren’s laboratory based research activity focuses on the use of culture techniques to investigate aspects of microbial physiology, growth dynamics and resource use. Recently funded activity includes culture and modelling based approaches to understanding how the microbial carbon pump may respond to climate-related changes in environmental conditions.

Understanding and modelling the Microbial Carbon Pump under changing nutrient concentrations and temperature. A NERC funded standard grant (June 2018-June 2022), investigating how the bacterial decomposition of dissolved organic matter (DOM) is influenced by changes in temperature and nutrient regime, what the implications are for refractory DOM formation, and how this information can be used to develop models.

SWEEP: The South West Partnership for Environmental and Economic Prosperity is an initiative that will help deliver economic and community benefits to the South West, whilst also protecting and enhancing the area’s natural resources.

SSB: Shelf Seas Biogeochemistry: this recently funded NERC programme involves a series of research cruises in UK shelf sea waters and is presently underway. The programme has adopted a multidisciplinary approach to the investigation of nutrient cycling processes and carbon export.

UKOA: The NERC funded Ocean Acidification programme has involved 3 ship-based research cruises to the temperate shelf seas (2011), the Arctic (2012) and the Antarctic (2013). A ship-based bioassay approach was used to investigate changes in biological and chemical characteristics of incubated seawater samples under simulated ocean acidification conditions.

UK-SOLAS: The international SOLAS programme (Surface Ocean-Lower Atmosphere) aimed to examine gas exchange processes between the ocean and atmosphere at a number of contrasting oceanic regions. N-assimilation and regeneration rate processes were investigated in relation to trace metal availability (INSPIRE) and during a lagrangian study of an upwelled plume (ICON).

AMT: Atlantic Meridional Transect. N-cycling investigations have been conducted during AMT cruises, most recently focusing on depth profiles of nitrification rates within the photic zone of the transect.

Carbon, nitrogen and phosphorous partitioning in marine phytoplankton: A NERC funded research project. The relationship between nutrient availability, elemental cell composition and environmental pH was investigated. Specifically, these studies were used to investigate how the process of basification (an increase in environmental pH driven by prolific phytoplankton growth) can influence the composition of phytoplankton cells. This data is being used to refine physiological and ecosystem based models.