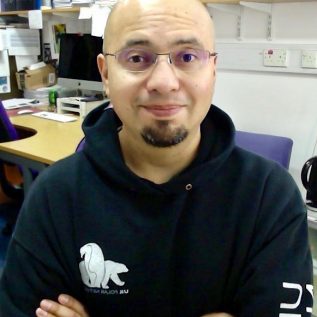 Dr Sinhué Torres-Valdés is a member of the PhytoChange Research Group in the Marine BioGeoScience Section at the Alfred Wegener Institute (AWI).

He is marine biogeochemist/chemical oceanographer interested in marine nutrient and carbon biogeochemical cycles (BGC) at ocean basin scales (mostly, but not only); the BGC role in i) ocean productivity and ii) the climate of the planet. He is involved with BGC research in the Southern Ocean, the Atlantic, and mostly, the Arctic Ocean.

The research he carries out is multidisciplinary and so he works with physical oceanographers, biological oceanographers and modellers to interpret observations. He leads the biogeochemical sensors task team within “Frontiers in Arctic Marine Monitoring” (FRAM) and is one of the leaders of the nutrient and carbon science and observations of the MOSAiC Ecosystems Research Team.

Within PEANUTS he is co-lead investigator, and leads Work Package 2, which concerns the seasonal cycle in deep nitrate fluxes along the Arctic shelf break.  Sinhué will oversee the hydrochemical observations needed for the project and will also contribute to other PEANUTS work packages.

Within APEAR he is a project partner and will contribute with expertise concerning quality control and interpretation of nutrient observations, nutrient transports/pathways and their relevance to Arctic Ocean productivity.

PEANUTS and APEAR are co-funded by the German Federal Ministry of Education and Research and by NERC.