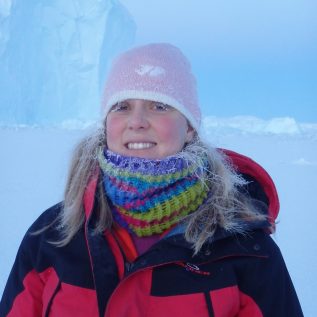 My research interests are marine benthic biodiversity, physiology and ecology. I have worked as a field-based marine biologist for the British Antarctic Survey for 10 years, encompassing 6 summer and 4 winter seasons in Antarctica.  My main focus is on benthic responses to climate change in relation to sea ice retreat, increased sea temperature and physical disturbance such as ice scour. My research on polar subtidal benthos in Antarctica quantified biodiversity and biomass for hard rock communities.

Within ChAOS I am involved in carrying out AGGAZIZ trawling during the Arctic cruises to the Barents Sea, and examination of the trawled specimens to look at biological carbon accumulation by the benthic mega fauna in relation to changing Arctic Ocean sea ice.