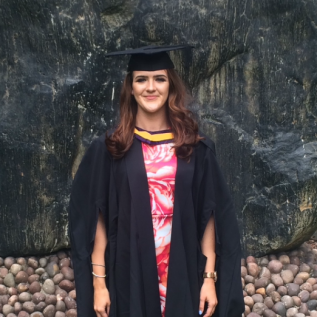 Northern hemisphere permafrost stores terrigenous organic carbon (OC) and nitrogen (ON), containing approximately half of the global soil organic carbon budget. This huge freeze-locked pool is vulnerable to global warming and can be remobilised through thawing, increased river runoff and erosion. Warming in the Arctic has caused 2°C increase in permafrost temperatures between 1971 and 2010 and a ca. 7% increase in discharge rates of the main Arctic rivers. These factors have led to an increase in the release of ‘old’ terrestrial OC from thawing permafrost. The Arctic is warming twice as fast as the rest of the planet and so the release of old terrestrial OC is expected to increase.

On the East Siberian Arctic Shelf (ESAS), the release of organic rich Pleistocene permafrost ice complex deposits (ICDs) from coastal erosion is even more substantial, dominating the sedimentary OC budgets, overwhelming the marine and riverine components. However, the fate of terrigenous OC in the Arctic region is still a matter of debate. Recent  studies suggest that more riverine and ICD-derived terrestrial OC is degraded in the Arctic water column and released into the atmosphere as greenhouse gases close to the point of origin, causing a positive feedback to global climate warming. Much less is known about the fate of terrigenous ON. Terrestrial  dissolved ON (DON) accounts for 28±13% of DON on the Laptev Sea shelf and up to 100% of DON in waters collected on the continental slope at 2000 m, probably reflecting dense water transport downslope.

Hydrolysable amino acids (HAAs) account for a substantial proportion of terrestrial ON transported to the Arctic Ocean via Eastern Siberian rivers as particulate ON (PON; ca. 60%) and DON (ca. 40% [4]). The terrestrial DON is less degraded than marine DON, diagnosed by the low relative abundance of bacterially-derived D-amino acids in the former, and apparently behaves conservatively in the Arctic Ocean. However, bulk stable carbon and nitrogen isotopic compositions of organic matter stored in ESAS sediments show a strong correlation, suggesting a comparable fate for terrestrial ON and OC in the Arctic region. However, the stable nitrogen isotopic composition of inshore sedimentary ON is distinct from offshore marine DON (4 vs. 9 ‰). Thus, a substantial increase in the transport of PON through warming of the permafrost and its subsequent deposition and remineralisation will potentially influence the stable isotope landscape in Arctic shelf seas and ultimately that of the Arctic Ocean.

This project will aim to better constrain the fate of terrestrial ON in the Arctic Ocean and gain mechanistic insight of terrestrial ON cycling during cross-shelf transport. A suite of organic geochemical and stable isotope techniques will be used.

Emma is a PhD student in the ARISE project.