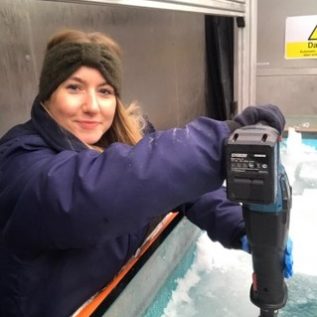 PhD project: Sources, transfer and fate of microplastics in the Arctic marine environment

Microplastic pollution has emerged as a major environmental issue, affecting marine ecosystems all over the world. Due to their microscopic size, these contaminants can be transported long distances, making them available to a wide range of marine biota.

Microplastic pollution has now been reported in even the most remote environments on earth, including the Arctic, with sea ice being recognised as an important sink for these contaminants. However, the key sources and the processes through which they are transported here are poorly understood, as are the subsequent effects of these pollutants on Arctic ecosystems.

This project aims to identify the key sources of microplastic pollution to the Arctic marine environment and the processes transporting them, understand the mechanisms transferring microplastics between seawater, sea ice and snow, and identify accumulation zones by mapping microplastic dispersal in the Arctic.

The findings from this study will ultimately improve current understanding of the fate of these contaminants and potential pollutant release in the Arctic, which is vital considering the current climatic changes occurring in polar regions.