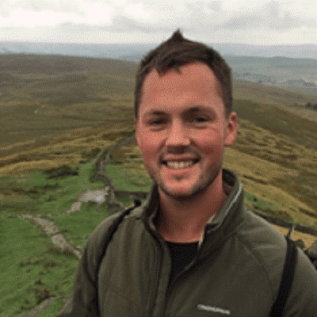 Jack Garnett is a PhD student at Lancaster University and is interested in the biogeochemical cycling of ‘legacy’ and ‘emerging’ persistent organic pollutants in Polar Regions.

The Arctic environment is rapidly changing, causing the nature and extent of sea ice to dramatically change. As sea ice serves as an important habitat for organisms at the base of the marine foodweb, these changes pose a risk to higher trophic-level organisms like marine mammals.

Jack has been analysing snow cores to uncover the various pathways by which these chemicals are transported to remote polar regions. He has also been conducting a series of lab-based studies to evaluate the mechanistic fate and behaviour of contaminants in sea ice.

The aim of Jacks research is therefore to understand the transports pathways and role of the marine cryosphere in contaminant processing, transfer and exposure to ice-associated biota.

Jack is an affiliated researcher of EISPAC and he will be performing a number of studies in an experimental sea ice facility (WP2).