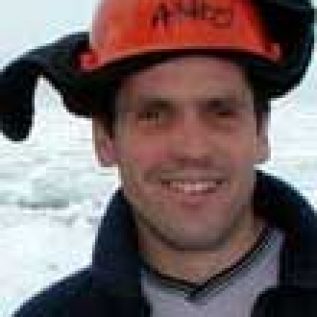 Andrew Brierley is based at the University of St Andrews, and has 20 years’ experience of pelagic-ecology research in polar regions.

He specialises in the use of active acoustic techniques (scientific echo-sounding) to discriminate zooplankton classes, and to study ecology and behaviour of zooplankton and fish.

He has led research cruises in the Antarctic and sub-Arctic, and pioneered acoustic sampling from the Autosub AUV and from moorings (using an early iteration of the ASFP to be deployed here).

Andrew has led and been co-investigator on several projects in the Arctic that have used moored ADCPs to study zooplankton migrations. He has shown substantial differences in behaviour in ice-covered and ice-free waters, and modelled consequences for carbon flux of these different behaviours.

Andrew is a co-investigator in the Arctic PRIZE and MiMeMo projects.