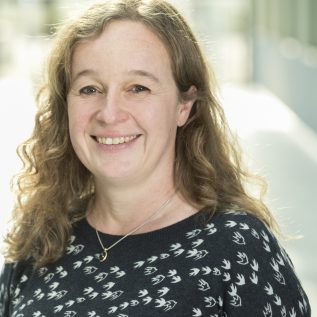 Gesine Mollenhauer is a senior scientist at Alfred Wegener Institute, Helmholtz Centre for Polar and Marine Research, Bremerhaven, Germany. She holds a professorship of Organic Sedimentology at the University of Bremen.

Trained as a marine geologist, she specializes in using organic geochemistry and radiocarbon analysis to study palaeoclimate and carbon cycling in warming climates. She is one of a few experts for compound-specific radiocarbon dating worldwide.

In CACOON, organic geochemistry and radiocarbon dating will be applied to study changes in composition, provenance and age of organic matter discharged into the Arctic Ocean by the Great Russian Arctic Rivers of Eastern Siberia draining rapidly warming permafrost regions. Gesine’s role in the project team includes co-supervision of a PhD student responsible for Work Package 1.