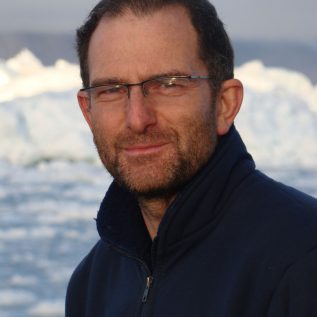 He then spent three post-doctoral years at University of Wales, Bangor studying the mixing generated by non-linear internal tides.

Mark moved to SAMS in 1998 and now heads the Physics Group. He was on the original core team that set up the BSc (Hons) Marine Science programme and now teaches a third year module in Shelf Sea Dynamics.

Mark has many years’ experience in measuring turbulence in oceanic and coastal systems and publish widely on measurements of turbulence made on the ocean margins and in shelf seas.

In recent years he has established an ocean turbulence measurement facility at the Institute, as part of the Scottish Marine Robotics Facility.