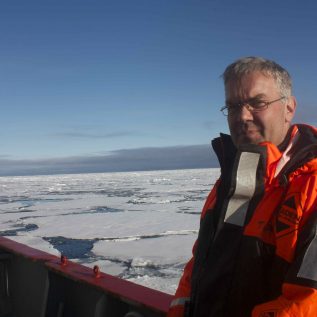 Tom Rippeth is the Professor of Physical Oceanography at Bangor University. He specialises in using novel techniques to measure turbulence and mixing in the marine environment.

His current Arctic research is focused on the processes responsible for the ventilation of the intermediate depth warm Atlantic water in the Arctic Ocean and in particular the role of the tide in driving diapcynal mixing.

He is a co-investigator in the PEANUTS project. He has previously been involved with two major UK Arctic projects: Arctic Synoptic Basin-wide Observations (ASBO) and The Environment of the Arctic: Climate, Ocean and Sea Ice (TEA-COSI), which was part of the preceding NERC Arctic Research Programme.