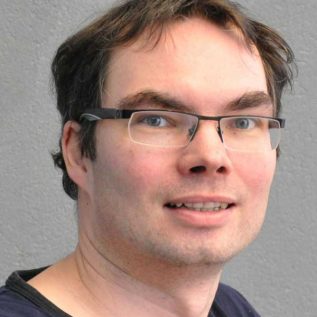 Dr Hauke Flores (group leader at AWI, sea ice ecologist) has been working as a scientist on sea ice-influenced ecosystems in the Polar Oceans since 2009. Dr Flores has so far published >20 peer-reviewed journal articles (H-index of 14).

Recent publications relevant to the CAO Programme include a review paper on the risk of Climate Change for Antarctic krill (Flores et al. 2012), the first basin-wide record of the under-ice distribution of Polar cod in the Arctic Ocean (David et al. 2016), and a first quantification of the dependency of polar cod on ice algae-produced carbon in the central Arctic Ocean using compound-specific stable isotope analysis (Kohlbach et al. 2017).

Dr Flores is a member of the expert group on Fish Stocks in the Central Arctic Ocean (FisCAO), Task Group leader in the international expert network Biogeochemichal Exchange Processes at Sea Ice Interfaces (BEPSII), and repeatedly contributed scientific advice to the Convention for the Conservation of Antarctic Marine Living Resources (CCAMLR).

Contribution to Coldfish: I supervise a post-doc project on the food sources, metabolic parameters and migration patterns of polar cod and Atlantic cod. I coordinate the exchange of project results between British and German partners, and contribute expertise on Arctic ecology and the role of sea ice in Arctic ecosystems to the project. Furthermore, I facilitate exchange with other projects at AWI, especially regarding MOSAiC, and ensure that project results will be made available to decision makers, e.g. through my participation in FiSCAO.

Contribution to Eco-Light: I work in close collaboration with co-investigator Dr Giulia Castellani on the derivation of biological data from ice buoy observations, e.g. the transformation of hyperspectral light measurements to sea-ice algae biomass. Furthermore, I facilitate exchange with other projects at AWI, especially regarding MOSAiC.

Coldfish and Eco-Light co-funded by the German Federal Ministry of Education and Research and by NERC.