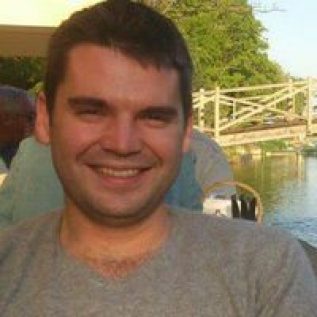 Patrick is committed to developing multidisciplinary research programmes that are focused on ecology, palaeoclimates, palaeoenvironments, palaeodiets, and conservation issues, often in less well-studied regions of the globe such as South Asia, parts of Africa, Melanesia, Southeast Asia, and the Middle East, as well as Europe. He is particularly interested in combining archaeological and ecological insights to give time-depth in the study of human impacts on local ecosystems. He has contributed to modern conservation policy making and identifying protection priorities at a series of UNESCO advisory meetings.

Patrick is the German PI of the LOMVIA project and is responsible for the administration, preparation, analysis, and interpretation of stable isotope analyses within this project. His research group is developing single amino acid approaches in order to gain more systematic and detailed insights into human and animal ecological relationships.

Patrick will also seek to relate any influence of humans on modern Arctic ecosystems identified in LOMVIA to archaeological and historical datasets suggestive of similar pressures in the past. Patrick and his team are also at the core of developing and funding new Bayesian methodologies and formats for refining the analysis and interpretations of stable isotope measurements in archaeology and ecology, including the formation of the FRUITS statistical interface. He is a keen supporter of open access databases in stable isotope research and is a key collaborator and supporter of the IsoMemo database initiative.

LOMVIA is co-funded by the German Federal Ministry of Education and Research and by NERC.