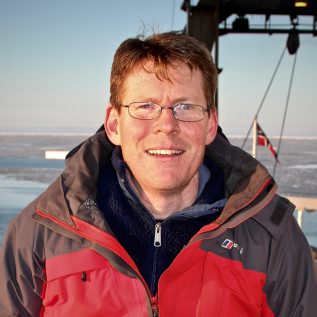 Finlo Cottier is a Senior Lecturer in Polar Oceanography at the Scottish Association for Marine Science (SAMS), based in Oban on the Scottish West Coast.  He heads the “Marine Science with Arctic Studies” degree programme run jointly by SAMS and the University of the Highlands and Islands.

Finlo is also an Adjunct Professor at UiT, The Arctic University of Norway in the Department of Arctic and Marine Biology. He has been working on multi-disciplinary arctic research projects for 15 years.