The United Nations Framework Convention on Climate Change (UNFCCC) is the international response to climate change. It is a treaty that sets out the basic responsibilities of the 196 Parties (States) plus the European Union to fight climate change. It was signed at the Earth Summit in 1992 and entered into force in 1994.

The COP Presidency rotates among the following 5 United Nations regions: Africa, Asia, Central and Eastern Europe, Western Europe, and Latin America and the Caribbean. The first COP was held in Berlin in 1995. 24 COPs have been held to date, the last one in Katowice, Poland, in December 2018. The conference will take place in Madrid, Spain, in December 2019.

The Changing Arctic Ocean Side Event

Group photo of the speakers and the moderator (by Thecla Keizer)

Focus of the Changing Arctic Ocean Side Event

The Arctic is the fastest changing environment on the planet. It is also intrinsically tied to global processes, be they climatic, environmental or socio-economic. The impacts of climate change on the vast and multiple interacting Arctic systems are inherently complex, but can be broadly summarised as an increase in temperature and the loss of sea-ice cover.

With warming in parts of the Arctic now at 2.3 °C or higher above “pre-industrial”, we are witnessing monumental alteration to the Arctic Ocean. Considerable international and multi-disciplinary efforts are underway to understand and quantify the impacts of climate change on the Arctic. Unless greenhouse gas emissions are reduced, this rapid change is expected to become more pronounced and to have serious global consequences.

This event focuses on the Changing Arctic Ocean, and the efforts to understand the changes taking place to Arctic Ocean ecosystems by scientists in an international research programme funded by the UKRI Natural Environment Research Council (NERC) and the German Federal Ministry of Education and Research (BMBF), with discussion of the policy response to mitigate the global consequences of Arctic warming.

The side event presentations

Some of the presentation slides are available for download (green highlighted titles). Please click on the talk title to view.

Tim Stefan Eder has worked as a policy officer in the German Federal Ministry of Education and Research (BMBF) in the Division of “Marine, Coastal and Polar Research” since October 2016. With a degree in law and after a brief excursion into the private sector, he worked for the State Ministry of Economics in the field of digital economy and law in 2016. In BMBF his areas of work include the funding of ocean and coastal research on national level and in international cooperation.

Bo Storrank is currently working as Senior Specialist at the Ministry of the Environment, Finland. He has a background in project and programme management, and he has especially been promoting international co-operation, including Nordic, in the Baltic Sea Region.

Carol is a biogeochemist at Plymouth Marine Laboratory and has been a member of the author team for IPCC assessments since 2005 and was a Review Editor for the IPCC Special Report on the Ocean, Cryosphere and Climate. She has raised ocean issues at side-events at UNFCCC COPs since 2009, briefed a wide range of stakeholders including the UK Government Departments, has presented in the UK and EU Parliaments, the Our Ocean conference in the US State Department and at the UN Ocean conference. She is a member of the Pathways and emissions of climate-relevant trace gases in a changing Arctic Ocean (PETRA) project, part of the Changing Arctic Ocean programme.

Jack Landy is a Lecturer in Geodesy at the University of Bristol. He is co-investigator on Work Package 3 of the Diatom-ARCTIC project (part of the Changing Arctic Ocean programme), investigating the production potential of changing Arctic sea ice as a habitat for algae.

Yevgeny Aksenov is a Senior Research Fellow at the National Oceanography Centre. His research focuses on global modelling of ocean circulation and sea ice dynamics, and in the implications for climate and impacts on sea ice and ocean. He is part of a collaboration working on sea ice-ocean biogeochemical modelling. He is co-lead investigator for APEAR (part of the Changing Arctic Ocean programme), providing overall management and coordination of the project and leading sea ice and ocean modelling analysis.

Geoffrey Abbott is a Reader in Organic Geochemistry in the Geosciences group (School of Natural and Environmental Sciences) at Newcastle University. As an investigator in the ChAOS project (part of the Changing Arctic Ocean programme), he oversees the evaluation of organic matter quantity, source, and reactivity from contrasting regions of ice cover to assess its impact on carbon and nutrient recycling and burial. His passion is applying molecular geochemical, biogeochemical and analytical pyrolysis techniques to address major questions related to the evolution of the Earth’s environment.

Hans-Otto Pörtner is Professor and Head of the Department of Integrative Ecophysiology at the Alfred Wegener Institute, Helmholtz Centre for Polar and Marine Research, Germany. In 2015, he was elected Co-Chair of IPCC Working Group II Impacts, Adaptation and Vulnerability for the Sixth Assessment Cycle. His research interests include the effects of climate warming, ocean acidification, and hypoxia on marine animals and ecosystems with a focus on the links between ecological, physiological, biochemical and molecular mechanisms limiting tolerance and shaping biogeography and ecosystem functioning. 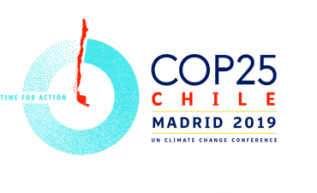