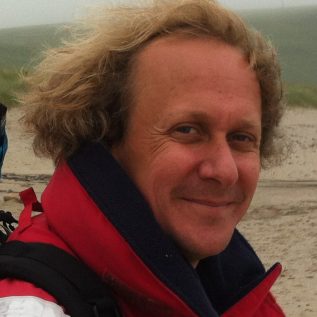 I am an ecologist interested in the effects of human activities on marine organisms with a particular focus on chronobiology (or how organisms tell the time?).

Over the last few years I have specialised in understanding the daily migrations of zooplankton which constitute one of the biggest daily migrations on the planet. These migrations are important for bringing carbon to the deep ocean floor, thereby buffering the effects of climate change. I apply chronobiological tools to visualise migration behaviours in different environments from fjord to open ocean and have been on many Arctic cruises, mostly during the Polar Night.

I am co-lead investigator of the CHASE project with Bettina Meyer.  I am also involved in two other Changing Arctic Ocean projects (Arctic PRIZE and DIAPOD). In the past I have been co-investigator (with Prof. Finlo Cottier) on the NERC-funded PanArchive project, which led to the publication of the first pan-Arctic assessment of zooplankton responses to moonlight. Recently I have become interested in the underlying molecular mechanisms of migration. Working in collaboration with Prof. Bettina Meyer’s group (at the Alfred Wegner Institute, Germany) and Prof. David Pond (SAMS), we have discovered that the circadian clock (much like our own) appears to be central to zooplankton vertical migrations.