A research team – led by a University of Stirling expert – will set off on a scientific cruise to the Arctic Ocean this weekend in a bid to understand the behaviour of tiny organisms that are key to the food chain. 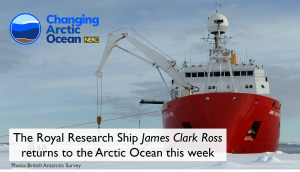 The scientists will conduct sampling and a number of experiments for four projects – DIAPOD, CHASE, Micro-ARC and PETRA – that are part of the £20 million Changing Arctic Ocean scientific research programme. The programme – funded by the Natural Environment Research Council (NERC) and the German Federal Ministry for Education and Research – seeks to understand the impacts of climate change on marine life in the Arctic. 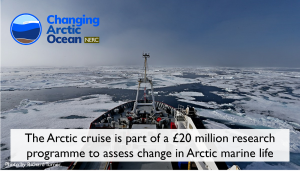 Professor David Pond, of the Institute of Aquaculture at Stirling, is lead investigator on the DIAPOD project and will head-up the cruise, which departs on Sunday 4 August. 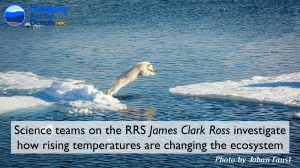 “We are all very excited ahead of this very important research cruise to the Arctic,” Professor Pond said. “As part of the DIAPOD project, we will study zooplankton – copepods, small crustaceans the size of a rice grain – which are the main source of food for fish and other species.

Due to the reliance on a single type of zooplankton as a vital source of food, the Arctic food chain is precarious in the face of climate change and susceptible to dynamic change. 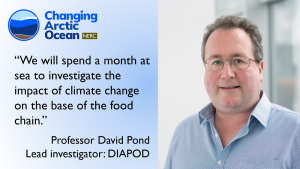 Professor Geraint Tarling, of the British Antarctic Survey, works with Professor Pond on the DIAPOD project. Explaining how the DIAPOD research would be conducted, he said:

We will be sending our instruments to depths of over 2km to search out and capture tiny copepods called Calanus.

These organisms live in the surface layers of the Arctic Ocean during the summer months where they are the major food of fish and seabirds. During the autumn and winter, they migrate to enormous depths where they enter a state of hibernation called diapause.

We will determine the biochemical composition of these diapausing animals to work out how they fuel their enormous migration and also manage to survive without eating for up to six months before they return to the surface once again to breed. 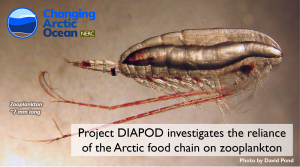 Meanwhile, scientists from the CHASE project – led by the Scottish Association for Marine Science and the University of Oldenburg, Germany – will study a zooplankton species, also found in Scottish waters. They are seeking to understand how new species migrating to the Arctic, due to rising temperatures, cope with the challenge of adjusting their biological clocks to extreme changes in Arctic day-lengths. This work will include the study of the animals’ genes, their activity and their respiration rates. 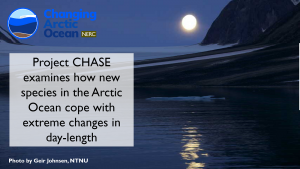 The Micro-ARC project will study the microbial components of the Arctic food web, focusing specifically on planktonic microorganisms that inhabit the water column. 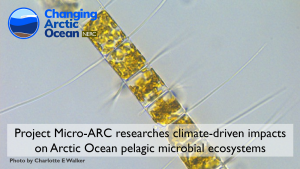 The PETRA team – led by Plymouth Marine Laboratory and GEOMAR (Helmholtz Centre for Ocean Research Kiel, Germany) – will use state of the art experimental approaches and computer modelling to investigate the impact of melting sea ice and exposure of the ocean’s surface on release of climate-sensitive greenhouse gases to the atmosphere. These are important because they control our climate. 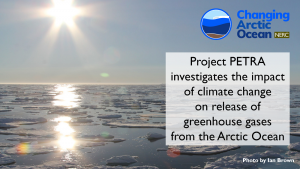 Funded by NERC and the German Federal Ministry for Education and Research, the Changing Arctic Ocean programme aims to generate a better understanding of how the Arctic Ocean is responding to climate change. This will help to more accurately predict future change to the environment and ecosystems. Within the programme, there are 16 projects, with more than 200 scientists combined, from 32 research institutes in the UK and Germany. 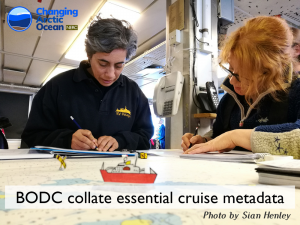